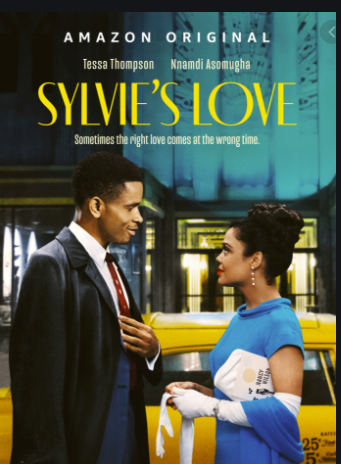 I have been living my life to love all these years, and I guess I will live the rest of my life in the same way! People have different reasons to live, but mine has always been love because, in my opinion, there is no reason better than this, and nothing is more fulfilling. 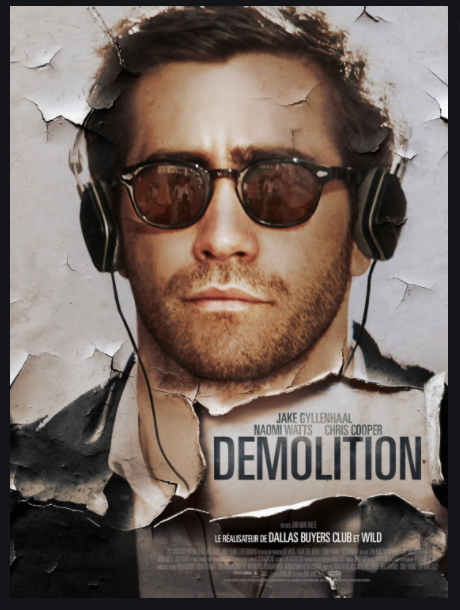 We all process grief differently, and I can't stop thinking about the way he started demolishing and dismantling things. He was taken aback by his wife's death and dint knows what to do next or why to get up every day and follow the same routine. I felt somewhat similar when my father was dying a slow death from cancer, and it kills your reason to live.

This movie is pretty serious and is not at all for entertainment lovers. 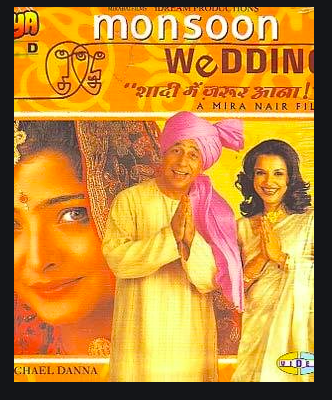 What can I say that this movie has filled me with longings and deep desires to have a wedding full of blessings and enjoyment. She has captured the essence of a big fat Indian wedding where guest knows how to enjoy marriage to the best, and in amidst of all this few short stories also blossom wherein the event manager also manages to fall in love. Two daughters also found their lost way to true love and forgiveness and move on. 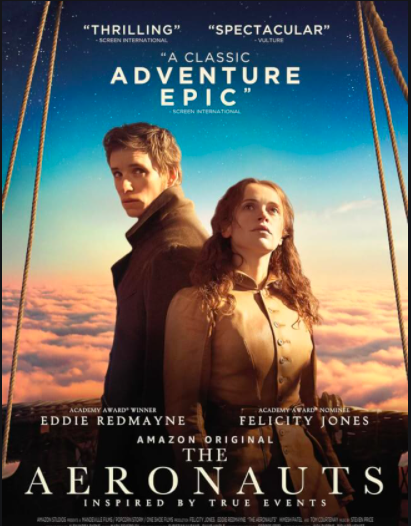 Marvelous movie
Sometimes even the big-budget movies do not impact the mind as much as these movies with simple love stories. I love the depth of emotions that lie benight this advancement of science and personal discovery, along with the zeal to go beyond the fears that grips Amelia.

The Professor and The Madman 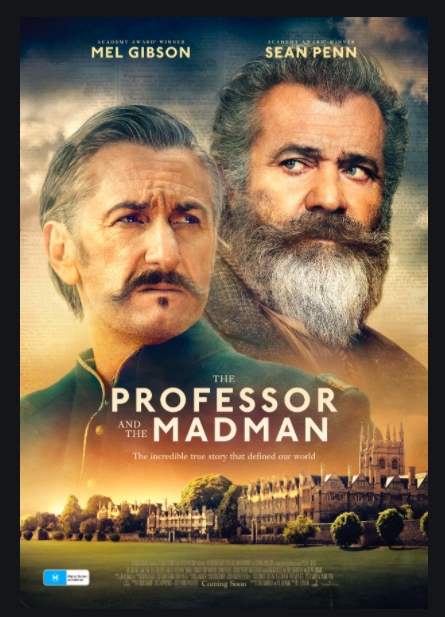 It breaks my heart to give the verdict against the writer of the book 'Surgeon of Crowthorne.' but the truth us that the Movie is better than the book.
Sir James Murray was a man with a vision who dedicated his life to the dictionary's making. On the other hand, Dr. Minor was a man with a conscience who followed his superiors' unlawful orders and regretted his decision for the rest of his life. In my opinion, mostly the sensitive people repent unfair things done to innocent people.

The association of a god's believer and non-believer changed the dynamics and brought hope in Dr. Minor's life, and the widow's forgiveness played a crucial role. In short, this is the essential piece of literature that you all must read or watch 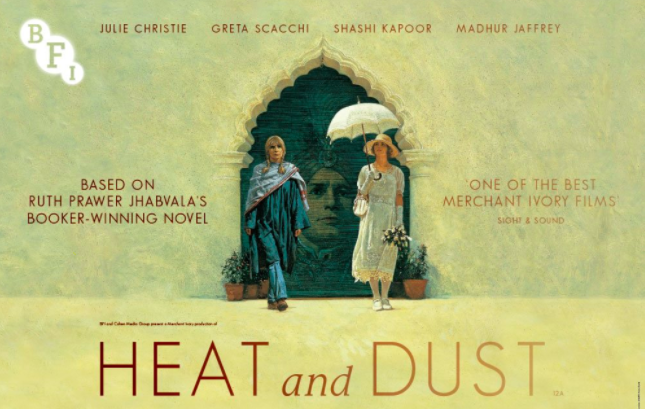 Usually, movies based on books are a mere disappointment, but this one was as good as the book, I can't stop thinking how many fabulous creations I still have to uncover. It's an undying search according to me.

The story is so intricate that I feel to be a part of it or shared this journey with them decades ago. It gives the warmth of a handmade sweater woven by the mother. 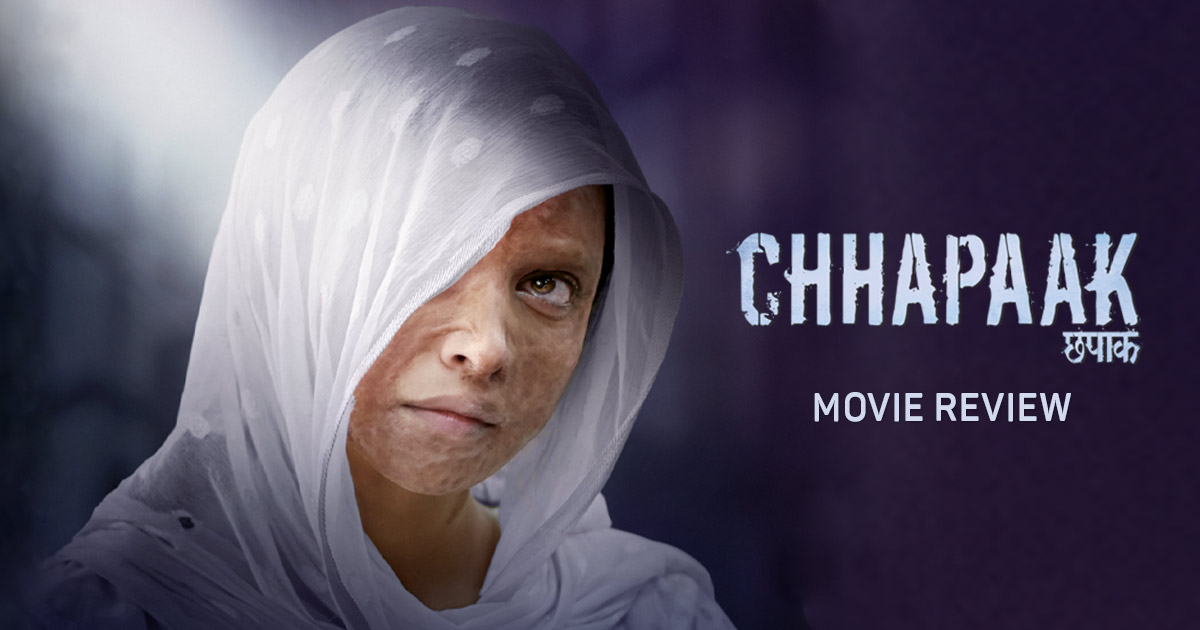 The movie is essential in today's scenario because I feel people are losing sensitivity, and such films show how innocents suffer in this unfair world. She had to go through so much of trauma just because she was blunt in rejecting that guy, how do such people get this much power to force themselves on others! It is barbaric, and this is how kind souls lose their innocence. She deserves a way better life but no one can give her that now, she is left to live with the mistakes of others.

"The movie communicates a strong message that 'ACID' gets in the mind first, then the assailant throws it on others. "

I believe parents do not emphasize on developing the character of the children; instead, they focus on creating an ambitious adult who is the root cause of all this violence. 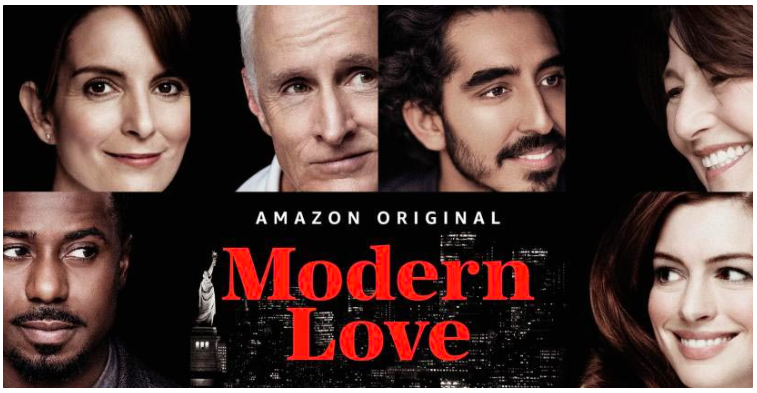 Today after watching a few episodes of this tv series 'MODERN LOVE.' I was crying as well as filled with disgust; tears were because of the sensitivity and complexity of love and under what circumstances it blossoms and disgust because of these optimistic notions about the reunion with lost love are so widely spread that every lover lives under this false hope that universe will fix his life ! 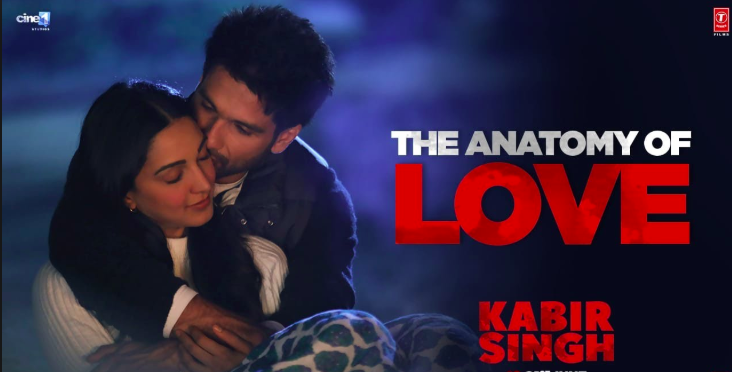 People who do calculative love will never understand this Movie!

People are different and they even fall in love differently, so the ones who are practical and do calculative Love will never understand the madness, obsession and the tendency to sink deep in love and create the world around one person ! I understand the aggression and frustrations when your world is taken from you and LOVE is a very strong force that drives so many of us ! "For some of us 'LOVE' is the only reason to live and this is beyond understanding for the people who live for ambitious pursuits".

Love holds so much of power that even an EGOIST will agree to sacrifice his self respect in order to save it ! 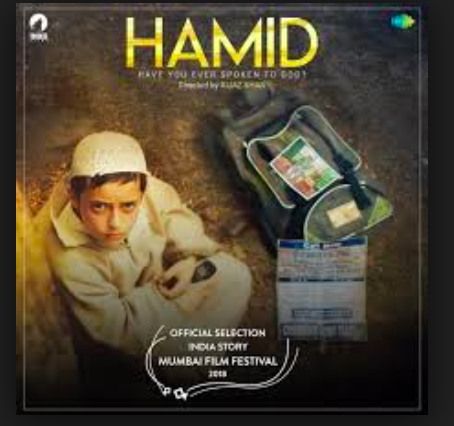 This movie explores the hatred of Kashmiris towards Indian Army and vice versa. Obviously, incidents and situations cloud our judgement, just because we live on the other side doesn't mean we dont feel the sufferings of Human. 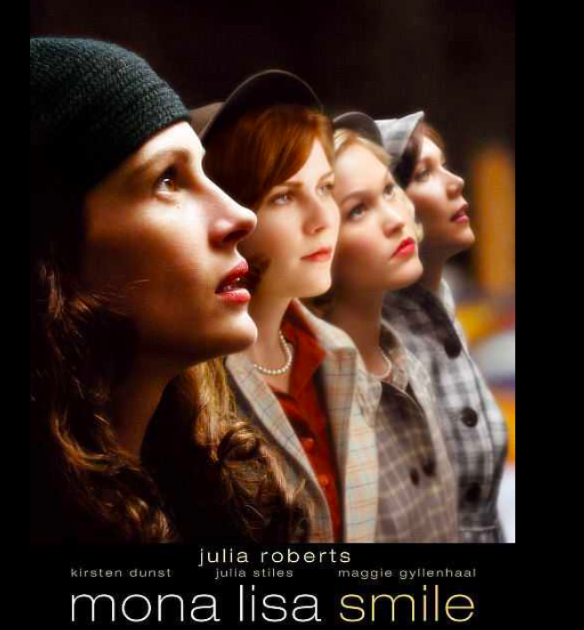 There are times when I cry with few drops of tears but rarely I cry uncontrollably along with the feeling or Anger and Disgust, such feelings were aroused in me by this movie, when I want to question the world that why it is so difficult to bring Change in the world, why people make it so difficult  to challenge the norms and customs which were followed so many years, just because our previous generation accepted these, we also have to do the same. The world is changing and situations change over the years, we must adapt to this dynamic process rather than sticking to the old rules.

This movie will give birth to many emotions in you, just go for it and don’t forget to share it with me via mail. 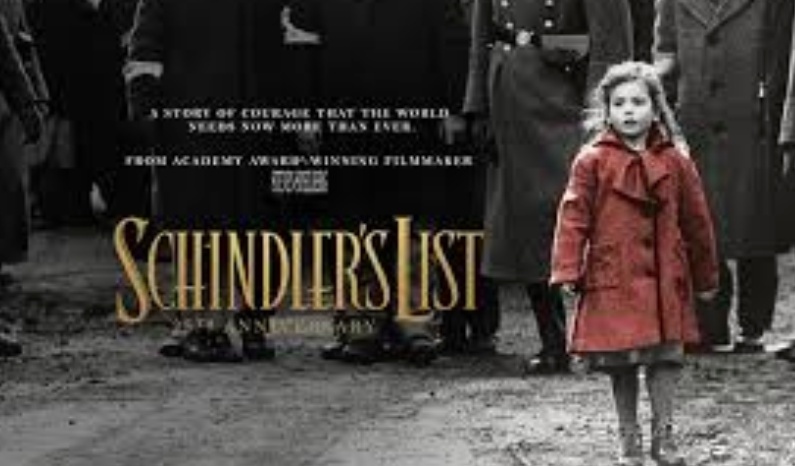 Normally I do not like movies based on Books because directors edit a lot for the sake of their convenience but this Movie is even better than the book. It's inspirational and a true account of the plight of the jews.

Must watch for the entire World 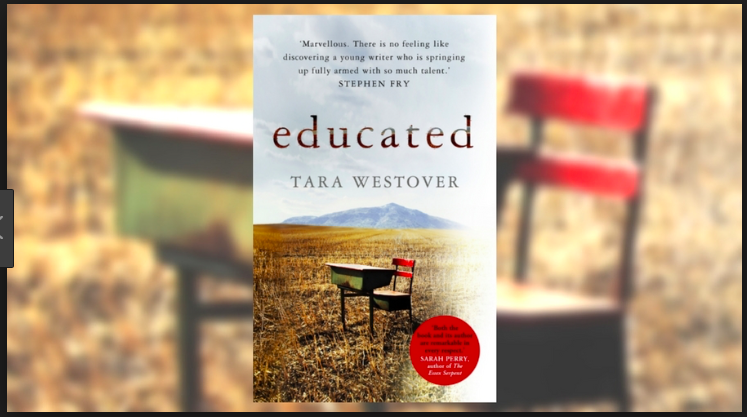 Hats off to Tara for surviving all this !! What a book & what a life, I can't even read about such torture and she faced it, I guess at some point in life we all have to learn that we are "on our own" but after such upbringing, it must have been very difficult.

Entire world must read this book. Such books are rare and it's because of these memoirs I continue to live and read..... 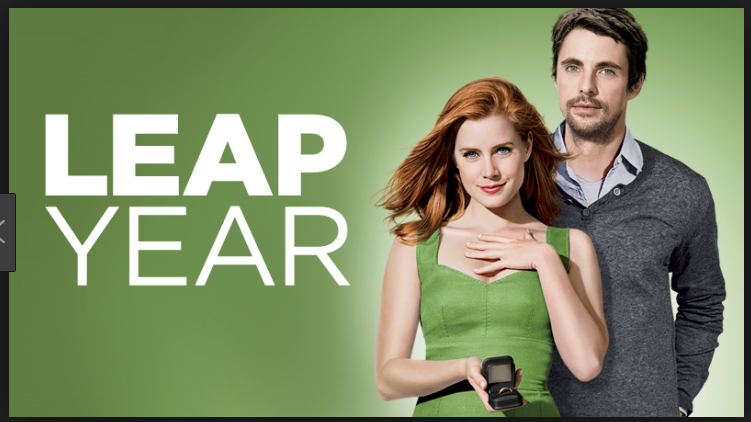 In India, most of the lovers face this dilemma that who is a Suitable Boy to marry, on one side there is this financially stable guy who can provide consistency to life or the other one who has nothing to offer except love.

I highly recommend this movie because typical parents always stand against love and I want people who commit to another individual must understand marriage is beyond calculations & life is full of ups and downs and if you are lucky to find true love then hang on it !!

"Love like u wanna be loved" because deep down we all crave for True love.

A Place For Us by Fatima Farheen Mirza (must Read )

It's very rare to find such a book which tells a reader, so minutely about someone's spiritual journey, every line is so meaningful and every emotion is felt before writing, every word is cherished and she clearly lived this book before bringing it to this world. I am deeply touched by how she defined such complex relationships and diverse Human Nature 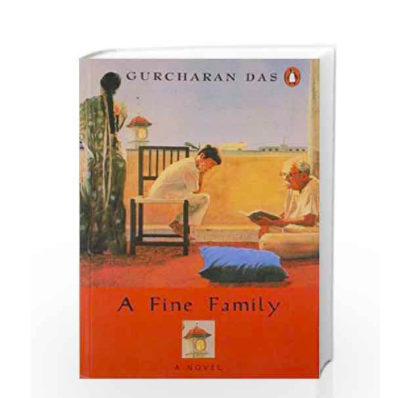 A Fine Family by Gurcharan Das  (must Read )

Stories of partition have always touched me whether its 'Toba Tek Singh' by Manto or 'Train to Pakistan' by Khushwant Singh or Gulzar's Short stories. All these tragedies are similar to the story of my grandfather who left his Home and farms in Pakistan and came to India, he also told me how his entire savings were taken during the journey.

While reading this book, I felt the pain of the countless women who were physically abused, these incidents prove that deep down every individual is filled with FILTH and they exercise their power when they know they will not be punished. 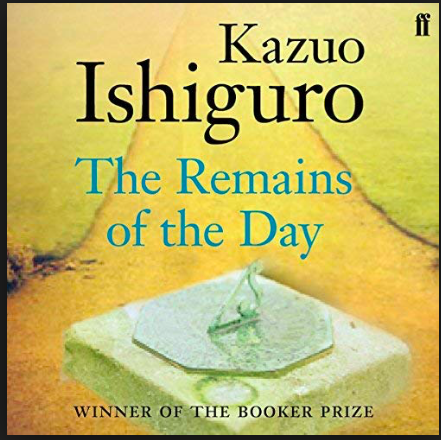 This book is equally impactful as his other book 'Remains of the day' but if I compare then I will say remains of the day is better. The world is cruel and corrupt in both the books but in this one story appears fictional, he did justice again in the end by explaining many new aspects of the same incidents. He surely has a lot to give and his writings define his intellect.

Although Movie based on this book involve stars like Keira Knightley & Carry Mulligan still I will not recommend that! I guess the details of incidents and characters are required to understand his work. 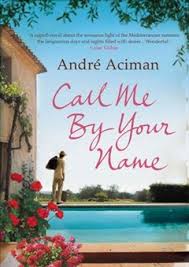 (Read Book)     Call Me By Your Name by André Aciman

This book is remarkable, the way he expressed love in its purest form (‘even if its for the same gender’, I apologize to mention it but my intent is just to point out that “it was a little difficult for me to Imagine) and also shown the obsessive and physical side along with a very strong desire to preserve all the memories. Please don't consider the movie as a substitute because it's not half as good as the book.

Those of us who are looking for hope may not find it in this book, it might prepare you for the harsh realities of life. 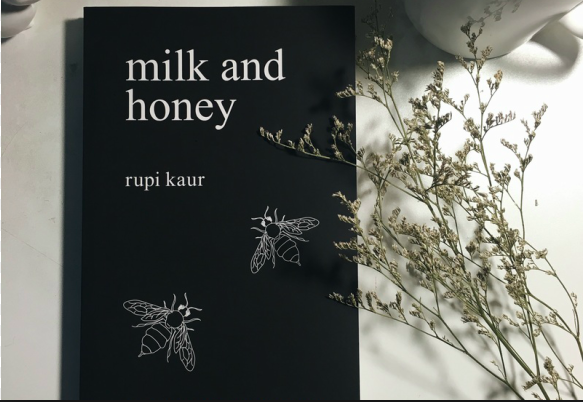 it's not easy to write such bold views and raise voice against such immoral acts. I don't read poems but I say go for this one, u will not regret it 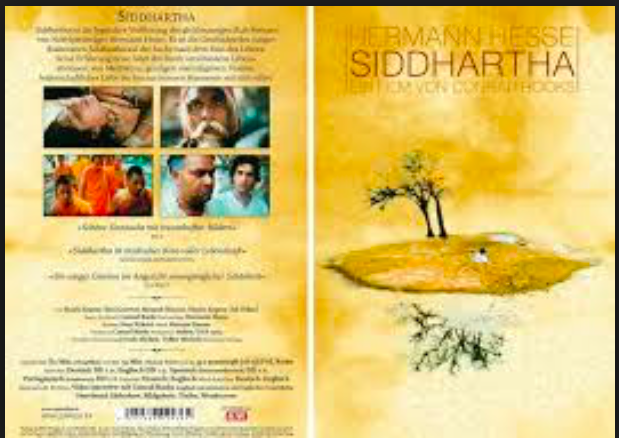 Based on the book written by Hermann Hesse, the book is one of the best spiritual books ever written and the movie is equally good because of the Indianism. These days people lack patience for reading so I say go for the Movie, I guess the message is way bigger than the medium.

Check out my latest book